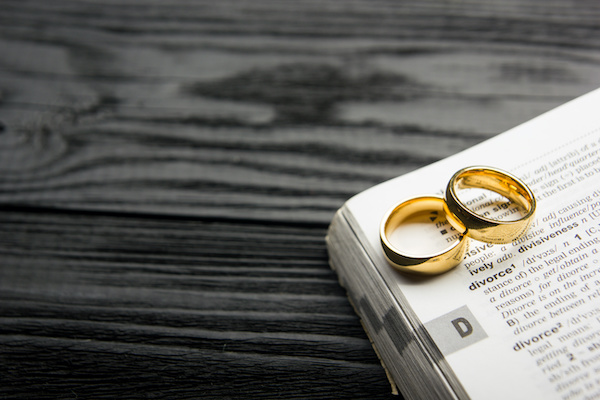 When a marriage breaks down, the parties involved are often driven to blame each other for the breakdown of the relationship in order to achieve a divorce more quickly. It has also been assumed that blaming the other spouse may lead to a better financial settlement or a more favourable agreement over the children.

Lawmakers and family law professionals have been campaigning to end the divorce blame game culture for some time now. The Divorce, Dissolution and Separation Bill (commonly referred as the no-fault divorce bill) which was reintroduced into parliament earlier this year, has now passed its third reading in the House of Commons and received Royal Assent. This means that the Bill, which has been described as the biggest shake up in divorce law for over 50 years, is expected to become law by late 2021 or early 2022.

Once the bill becomes enshrined in law, it means that couples who wish to separate and divorce will no longer need to assign blame in order to be granted a divorce. The proposed update to family law has been welcomed by a majority of divorce lawyers, and Resolution, the leading family law body in England and Wales has also reported that the changes are supported by 90 per cent of its members. Resolution worked closely with ministers and Ministry of Justice officials to make sure that the legislation was successfully passed.

Current rules force couples into blaming each other for the marriage breakdown or waiting a minimum of two years after separation to divorce. In some cases, where one spouse does not agree to the divorce, the separation period may be as long as five years. Naturally, people want to move on with their lives and reach a resolution as soon as possible, and this has led to divorce petitions based on one party’s adultery or unreasonable behaviour to obtain an immediate divorce, even if in reality both parties are equally culpable. The new rules will introduce minimum timeframe of just six months from the initial application to the granting of a divorce, offering couples time and opportunity to reflect, agree important arrangements, or change their minds if they wish to reconcile.

‘After more than 30 years of campaigning by our members and others who work to reduce conflict between separating couples, we are delighted that this historic Act will now become a reality.

Lawmakers have played a valuable role in helping make the divorce process kinder and less confrontational, and our members are no longer hindered by an outdated law which encouraged couples to play ‘the blame game’.

Going forward, in the vast majority of cases, the reason for the breakdown of the marriage will not affect any arrangements about finances or children. The courts will continue to focus on children’s best interests when making decisions about their future and will only take the conduct of the parties into consideration into account in exceptional cases.

Clients and their family lawyers can expect some significant changes to rules, procedures and legal forms to take place between now and the expected implementation date, but along with Resolution National Chair Juliet Harvey and the Secretary of State for Justice, we certainly welcome the imminent demise of the divorce blame culture.

For more information or advice on how the changes may affect you, contact Vanessa at Gillbanks Family Law.