We are a nation of animal lovers, and since the pandemic, more families have decided to buy a pet. A total of 3.2 million UK households have acquired a pet since March 2020, according to the Pet Food Manufacturers’ Association (as of March 2021) and at the same time, Citizens Advice reports that on one day last year, views of its divorce webpage were up 25 per cent compared with the same date in 2019. This could lead to a very emotive issue; what happens to the pets in a divorce situation?

It’s not unusual for pets to become a ‘bone’ of contention between separating couples; Law Society figures suggest that around a quarter of divorces involve a pet-related dispute.

What does the law say about pets and divorce? 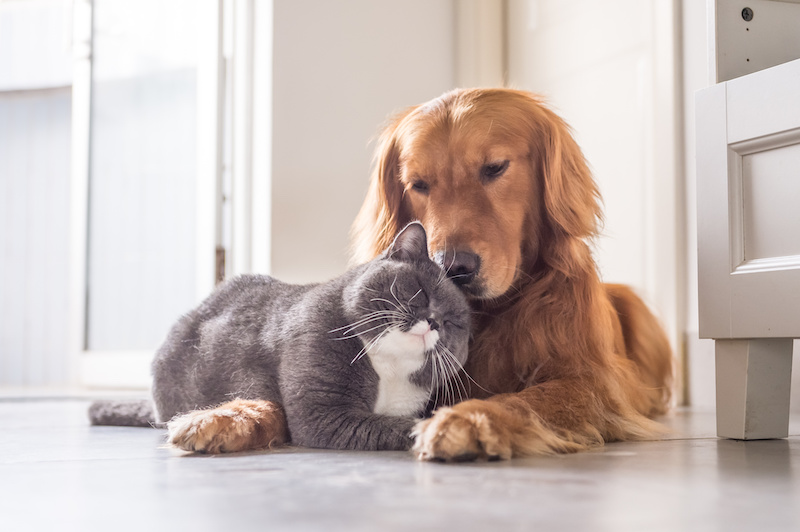 Pets are considered ‘chattels’ under English law, which means that they are property, much like jewellery or a car. Ownership, and registration of ownership will play a part in any decision, but are not the only issue that’s taken into account. Other relevant factors include:

a. Who takes care of the pet – who is their main carer?
b. Do both partners contribute equally to food, maintenance and vet bills?
c. Is there any prior agreement in place (a bit like a pre-nup, and sometimes called a ‘pet-nup’)?
d. What are the financial situations of both parties – who can best afford the upkeep?

These factors all need to be considered, along with anything that would indicate one party ‘needing’ the animal, such as if the animal is a guide dog, or the pet was bought to support a party’s mental health.

What about the pets in a divorce?

In 2017, Alaska passed laws making courts consider a pet’s wellbeing when deciding who it should live with. Where there is a dispute, the welfare of the family pet should now also be a crucial consideration and the court can even order joint custody in some cases.

The Alaskan media has been positive about these changes to the law and some people are suggesting that the UK should also consider the legal protection of pets as part of existing under animal welfare laws.

It’s been mentioned before but if you’re going to invest a lot of money into a pet, you might want to consider a pet-nup – these are now being encouraged by the Law Society. This could help avoid any heartache caused through a legal dispute if a relationship breaks down, and also helps all concerned to save costs.

If there is no pet-nup, mediation is likely to be the best next step. Mediation can be a lower-cost alternative to full court proceedings and hopefully an agreement can be reached without inflating costs or causing extra friction in a difficult situation.

One solution that can work is to look at the issue of pet ‘custody’ in a similar way to that of disputes over the children of the family; and come up with what’s described as a pet contact arrangement. While this can work for some, it does mean that the parties will have to maintain a relationship, which might not be desirable, especially in a clean break situation where there are no children. If a pet contact agreement fails, it can also lead to more problems and costs in the future.

If mediation isn’t appropriate, or doesn’t help, the issues of the pet’s legal ownership and living arrangements can be taken into consideration by the courts, and the pet considered as a part of the divorce settlement. This approach isn’t common, and is considered to be the exception rather than the rule. It means that both parties will have to be questioned and tested by the judge about the ‘proportionality’ of litigation – is it worth the costs, and the court’s time, in essence. It’s also worth noting that should a case involving pet ownership reach the courts, contact arrangements currently will not be considered. The only issue the court will consider is property entitlement. If being considered as part of a divorce settlement then a value will be attached to the pet in line with other chattels and assets of the family. If the parties want to agree any form of pet contact, mediation should be the first course of action.

For advice on any divorce and separation issues, please contact Vanessa at Gillbanks Law.